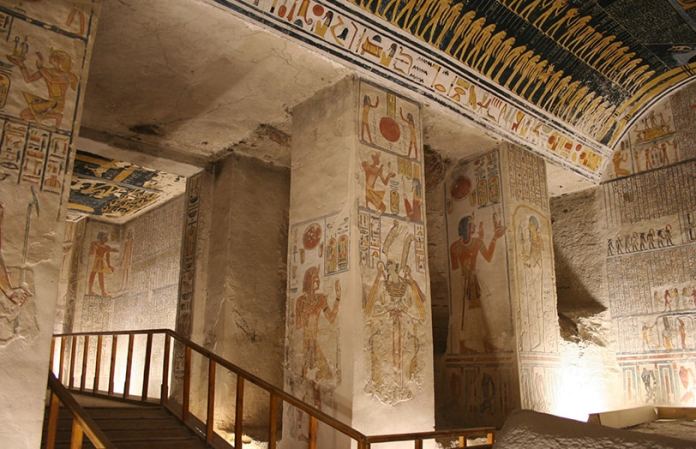 Archaeologists have not been able to find the tomb of Pharaoh 2nd Thutmose for a very long time. After a discovery, he found a 3500-year-old stone chest and wooden box believed to have ties to Pharaoh’s 2nd Thutmose at the Deir el-Bahari site.

According to the Egyptians, marriage was done in the form of tradition to maintain blood ties. There was always a conflict between Thutmose and his brother Hatshepsut, and accordingly, Hatsheput was one of the strongest queens in Egypt’s history.

Although the mummified corpse of Hatsheput was found in Deir al-Bahari with the royal mummies, his real tomb was never unearthed. According to a report from Poland, a stone chest was discovered by chance among the rubble in Deir el-Bahari.

In the tomb of Pharaoh 2.Thutmose; A wooden box covered with four layers of linen canvas fabric, shaped like a chapel, with a trinket box was found. It was found with the name of the 2nd Thutmose on it.

Most researchers unite in the idea that the tomb of Pharaoh 2nd Thutmose was buried somewhere within the Deir el-Bahari area. Many archaeologists with this idea; he thinks that they are at the center of the royal cemetery and there is little to explore the tomb.

Contents of the Stone Chest

The young Pharaoh, who died at the age of 16, Thutmose 2, had a wooden box in the stone crate in the center of the royal cemetery, which was also believed to be a sacrificial goose, a mummified goose egg, and an ibis egg.

The size of the box was 15 inches (38.10 cm) and it was also an indication that the individual tomb built for the pharaoh who died at a young age was somewhere very close. This discovery in March 2019 was announced to humanity, and many archaeologists began giving everything to find the tomb of Pharaoh 2nd Thutmose.

The 19-year-old Italian young girl understood that she had a rather rare condition when she was diagnosed with gingival hirsutism. This discomfort, in which...
Read more
News

Recommendations to those who want to stay at the lifetime

Being fit is an important and difficult issue. it is hardly changing the eating habits and relating to the order you create. In addition...
Read more

Archaeologists in Myanmar made a discovery and made the world's smallest dinosaur head buried in amber. In the discovery made, it was documented that...
Read more