Discover something new every day from News, Entertainment, Health, World and more!
Get
netsyou
Sign in
netsyou
Home Business Djoser Pyramid Has Restored To Its Ancient Glory
Business 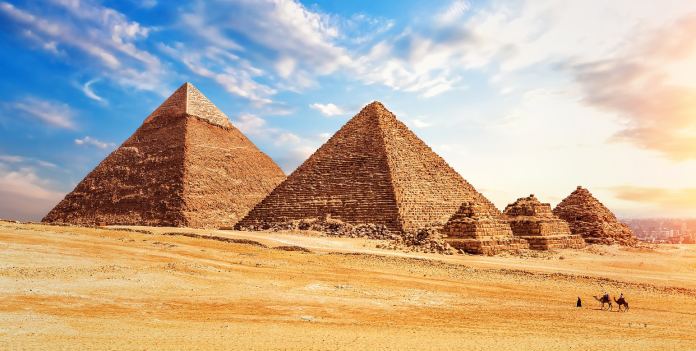 Egyptian pyramids; It is still one of the mysterious and worthy of research and seeing places for thousands of years. The Djoser Pyramid, built by humans and one of the oldest of the Egyptian pyramids, was reopened with restoration work.

The Djoser Pyramid, the first and oldest known pyramid of Egypt, continues to be a work that has been built for 4700 years in the name of King Djoser, the founder of the Old Kingdom.

The Egyptian pyramid, whose restoration was started in 2006, also draws attention with an average budget of 6.6 million dollars. The purpose of the restoration; it was to repair the damaged walls and prevent them from collapsing.

With the restoration work started from inside and outside, the integrity of the pyramid structure would be renewed without deterioration. The restoration work was done in the sarcophagi of the Pharaoh Djoser and on the walls of the tomb shaft.

Majestic Djoser and the Pyramid That Represents It

The Djoser Pyramid was built 4700 years ago, during the Pharaoh Djoser, one of Egypt’s Third Dynasty Kings. While Pharaoh Djoser was not on the throne, kings were buried in Abydos according to tradition.

Over time, this tradition changed and the Pharaohs began to be buried near the capital city of Memphis, the oldest and most important city of ancient Egypt. For the rulers, preparation for life after death was very important, and Pharaoh Djoser was settled on the side of the morgue complex Saqqara, located in the northwestern part of Memphis.

Thus, the Djoser Pyramid, also called the Step Pyramid, took the title of the pyramid built in honor of the king in the heart of Saqqara. The construction of the pyramid was carried out by Imostep, the vizier of Djoser, while the dimensions of the pyramid were 92 feet (28.04 meters) deep and 23 feet (7.01 meters) wide on the tomb’s burial shaft. The pyramid with a six-storey terrace is 197 meters tall.

What do you think about the life of the plaza, which is called modern slavery according to most people? It would be wrong to...
Read more
Business

Should we be afraid of CORONA?

In recent days, all humanity is nervous. Everyone pays attention to hygiene rules. Even people who do not know what is washing their hands...
Read more

Egyptian pyramids; It is still one of the mysterious and worthy of research and seeing places for thousands of years. The Djoser Pyramid, built...
Read more

What “people with oily skin” should not eat

Oily skin is a condition that occurs due to the excessive functioning of the sebaceous glands under the skin and because of the secretion...
Read more