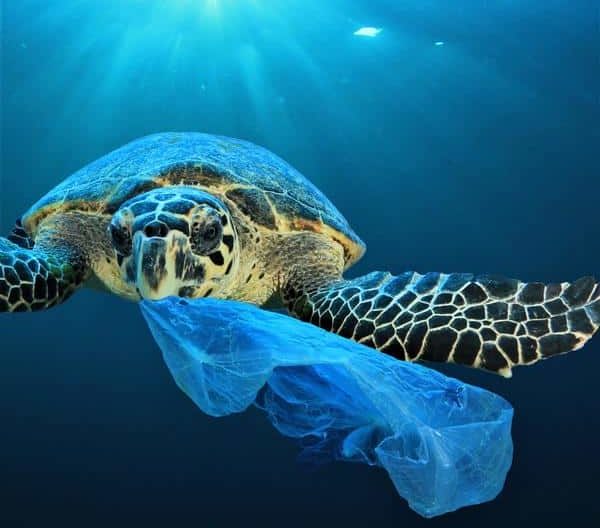 Sea turtles are under great threat because people throw the leftovers into the sea. The plastics that remained on the ocean for years because they do not dissolve in nature changed evolution and started to attract the attention of sea turtles.

Turtles are now following the interesting smells of plastics as food, gaining the habit of eating plastic. The structure of ocean water begins to spread a chemical gas on plastic over time. This gas, called dimethyl sulfide, is produced by phytoplankton, which is a food source not only for turtles but also many different marine animals.

In their reviews, the researchers discovered that when turtles offered shrimp-filled food cans and new plastic and ocean-washed plastic, the turtles turned to the interesting smell of plastic.

This situation was called odor traps by the researchers. Although plastics spending time in ocean water attracted the attention of turtles, it started to cause problems over time.

They Perceive Plastics as Food

Turtles keep their noses three times more than normal in order to smell what they perceive as food. This shows that turtles improve foraging behavior.

The researchers think that this situation was caused by turtles being drawn into garbage piles in the open ocean from very long distances. Apart from the food source produced by Fitoplankton, human-sourced plastic pollution threatens all kinds of marine animals.

A study on the coastline of Madeira island in Portugal showed that 10% of the coastline is covered with Plasticrust. Sea creatures, faced with a new plastic pollution, also face a great threat.

A study conducted in 2019 showed that 50 marine mammals surveyed on the shores of England were exposed to plastic material many times in their lifetime. Researches show that by 2050 sea birds will remain under plastic pollution.