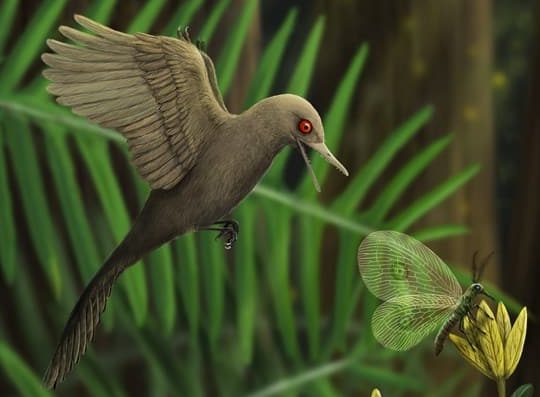 Archaeologists in Myanmar made a discovery and made the world’s smallest dinosaur head buried in amber. In the discovery made, it was documented that the dinosaur head belonged to an average of 100 million years ago.

At the same time, the dinosaur has a 0.55-inch (14mm) head structure, large eye sockets and small sharp teeth, and despite all that time, none of them have been damaged.

Dinosaur head, discovered according to scientists; It is similar to the smallest hummingbird species with its razor sharp teeth, which usually performs hunting during the day. Another reason that stunned scientists is; This dinosaur head, similar to a hummingbird that hunts invertebrates and various insects, is a finding and these findings are not in any dinosaur or bird species.

Scientists, the hummingbird from ancient times, is the isolation of a species and it has been miniaturized for generations, and it enables scientists to look at it from a different perspective.

The discovered specimen had wide eyeholes and narrow apertures, and the fact that it remained in amber rather than in clay or sand made it possible for the fossil to remain intact in our time, even after 100 million years.

Many researchers unite that the fossil found belongs to a species of bird group dating back 120-150 million years. The fact that the fossil was in amber also offered some advantages. The skin, feathers, non-skeletal tissues of the fossil were preserved thanks to amber.

Although large dinosaurs have always been considered during the dinosaur era, paleontology has opened a new door with the discovery of the skeletal fossil and the vertebrate fossil that has survived by preserving in amber.

The deepest place of the Arctic Ocean is one of the most desolate environments of our planet. In this deepest place, scientists made a...
Read more
World